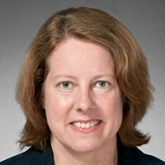 Carol Ptacek is a Professor in the Department of Earth and Environmental Sciences at the University of Waterloo. She has led studies on the long-term release of metals from abandoned mine sites and is an expert on the fate and transport of contaminants in groundwater, and on passive methods for remediating contamination. She received the NSERC Synergy Award for Innovation in 1999 (with David Blowes and Emil Frind) for Groundwater Modelling Studies.